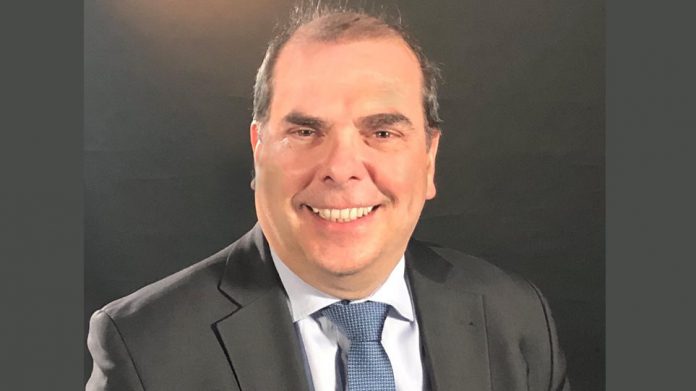 He served his military service in the Air Force (1990-1991). Immediately thereafter, he received the professional licence of “Hospital Physicist – Medical Radiation Physicist” from the Ministry of Health after examinations. He worked at the Hippocrates Medical Diagnostic Center in Piraeus and then at the Onassis Cardiac Surgery Center for 10 years. In 2003 he was elected a Lecturer in School of Medicine of National and Kapodistrian University of Athens (NKUA) and was placed in the 2nd Laboratory of Radiology, Ph.D. “Atticon” in Chaidari, while in 2016 he was elected Professor.

Provides clinical work at Attico University General Hospital and is the Head of Radiation Protection for all radiology units and the Nuclear Medicine Unit. He is in charge of Medical Radiation Physics Unit, which comprises 10 Medical Physicists.

His research focuses on x-ray dosimetry of patients and staff and the quantification of carcinogenic risk, cardiac and vessel imaging, detection of vulnerable atherosclerotic plaques, and nanotechnology health applications. The results of his research have been published in the most important international scientific journals of his subject. He has published (with his collaborators) 110 original papers in international scientific journals, which have received more than 2800 citations in international articles and books (https://scholar.google.gr/citations?hl=en&user=xt9Uy7gAAAAJ). He has authored four chapters in scientific books. He has presented more than 100 papers and has delivered more than 50 invited lectures at international and Greek scientific conferences. 2018 designed and organized in collaboration with Professor K. Demetzos from the Department of Pharmacy and Associate Professor. Professor M. Gazoulis from the Medical School of NERC, a new Postgraduate Postgraduate Program in “Nano-Medicine”, in which he is the Director and Chairman of the Special Interdepartmental Committee. This program is the only one in Greece to date in this field.

He is Scientific Coordinator of e-learning programs of National and Kapodistrian University of Athens, «Introduction to Nanomedicine» and “Nanotechnology and Nanomedicine” (http://elearninguoa.org/courses/nanotechnology-nanomedicine).

He is delivering clinical work into the Hospital being Radiation Protection Supervisor for all Radiological units and units of Radiotherapy and Nuclear Medicine.

He is delivering considerable administrative work.

He has been a member of the POSDEP Excecutive Committee (Panhellenic Federation of University Professors, www.posdep.gr) since 2007, a member of the Presidential Board since 2010, initially Special Secretary and then Vice President, while, during the periods 2013-2014 and 2017-2019 served as President setting the Federation’s priorities for the day-to-day life of University professors (such as payroll), along with proposing a framework for Universities upgrade, proposals which had been a majority nationwide.

He has been a chess athlete since 1979 (since 2017 at Heraklion Chess Team, First National team) and Vice President (since 2008) of the Hellenic Chess Federation.

In May 2019 he was a Rector candidate for NKUA.

Since September 2019 he has been Vice President of Academic and Administrative Affairs and Student Care at Hellenic Open University (HOU).